For anyone growing up in England during the middle years of the 20th century, the name of writer Francis Durbridge, in connection with mystery writing, was an indication of twists and turns, considerable cunning, and particularly fine writing. 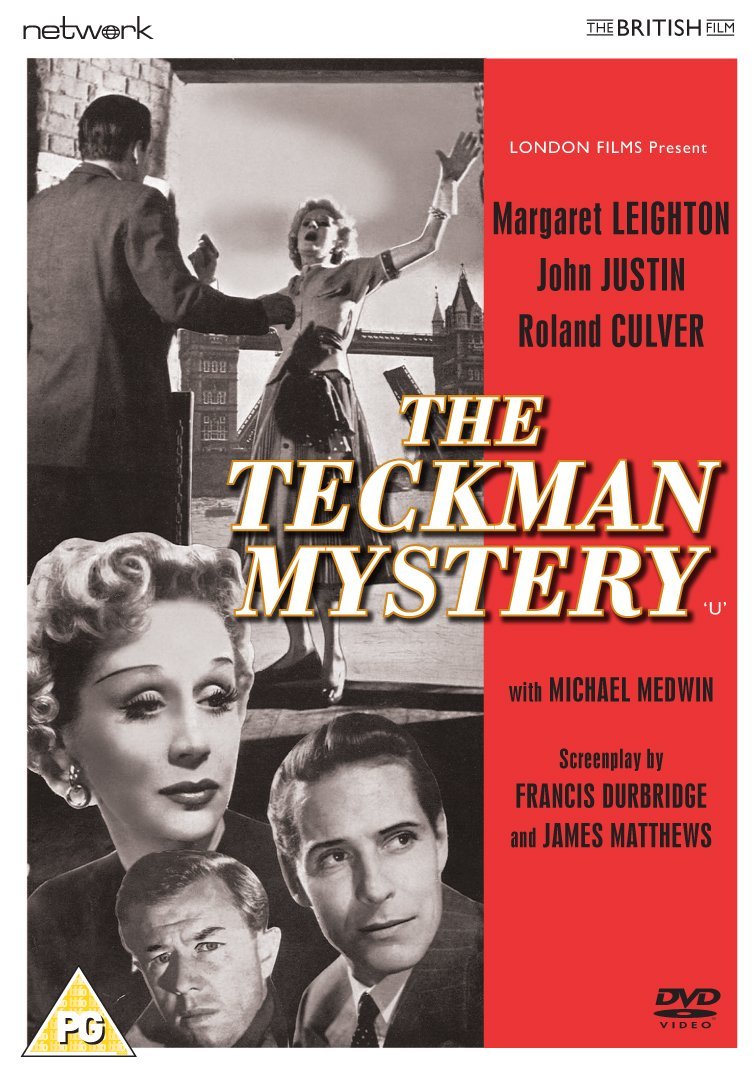 Durbridge was very prolific and, although he wrote fiction, his greater reputation was as a scriptwriter for films and television. Throughout those decades, UK audiences would cancel appointments to make sure they were in when the latest Durbridge mystery was aired on our TV screens.

The Teckman Mystery, though, is a film, suggested by Durbidge’s original story The Teckman Biography. It features one of his regular characters the crime-writer Philip Chance, played in this 1954 production by John Justin.

As the film begins, we meet Chance flying back to England from his villa in the south of France. He is returning to London to meet his publisher, who wants him to write a biography of Martin Teckman, an airman who has died testing a new aircraft, though his body was never found.

By coincidence, on his journey to England, Chance meets Teckman’s sister Helen (Margaret Leighton), who seems puzzled by the death of her brother.

Now, I’m not going to give away much else of the plot, for Durbridge deserves to be seen with no spoilers.

Enough to say, that, as so often with Durbridge stories, nothing is quite what it seems to be. Which characters can be trusted, and who are your real allies as opposed to enemies.

A series of “accidents” beset the would-be biographer of Teckman, leading to attempted bribery, burglary and murder – but who wants his investigation into Teckman’s accident hushed up?

And just why are Scotland Yard and MI5 so interested in Philip Chance’s inquiries?

This Cold War thriller made in 1954, was directed by the excellent Wendy Toye, and features an superb cast, including – apart from Justin and Leighton – Roland Culver, Michael Medwin and Duncan Lamont. It’s shot, as are most good films in this genre, in crisp black and white. And how wonderful to see a 1950s London before the city was wrecked by tower-blocks…

Watching the Teckman Mystery is a very enjoyable way to spend a rainy afternoon.

To see links and versions please click on the link below: